Purpose: To prevent / significantly reduce anti-social behaviour including drug use within our multi-storey car parks. To prevent access to those who are not using the car park to leave or access a vehicle.

City of Lincoln Council is proposing to bring into effect a Public Space Protection Order (PSPO) under the Anti-Social Behaviour Crime and Policing Act 2014.

The purpose of the PSPO is to provide additional tools and powers to reduce and manage incidents of ASB and drug use within and directly outside of our multi-storey car parks. Location of these three proposed car parks is attached on APPENDIX A.

For a number of years, City of Lincoln Council has received high volumes of reports of incidents, many of which have been logged on our own internal incident reporting system and a number of these have been reported to Lincolnshire Police.

Over the past 12 months complaints have increased significantly. The main concerns relate to drug use and paraphernalia such as needles being left behind. Car parking staff are also regularly encountering groups of people that are part of our on-street community that are using the car parks to consume or sell drugs. Additionally, the stairwells of some of our car parks are being used as a toilet, smelling particularly strong of urine but also on occasion containing faeces.

The anti-social use of these facilities is currently both unsanitary and intimidating and poses a health and safety risk to both the public and City of Lincoln Council employees. The car parks do not reflect the vibrant and welcoming city that Lincoln is.

The proposed PSPO would be put in place for a maximum period of three years, after which a full review would take place.

As part of the consultation process we are seeking your views on the following points;

The consultation will be closing at 5pm on Friday 8 November 2019.  All suggestions will be considered.

Please send responses to the above three areas of consideration to PPASB@lincoln.gov.uk with the subject heading as PSPO/MSCP 2019. 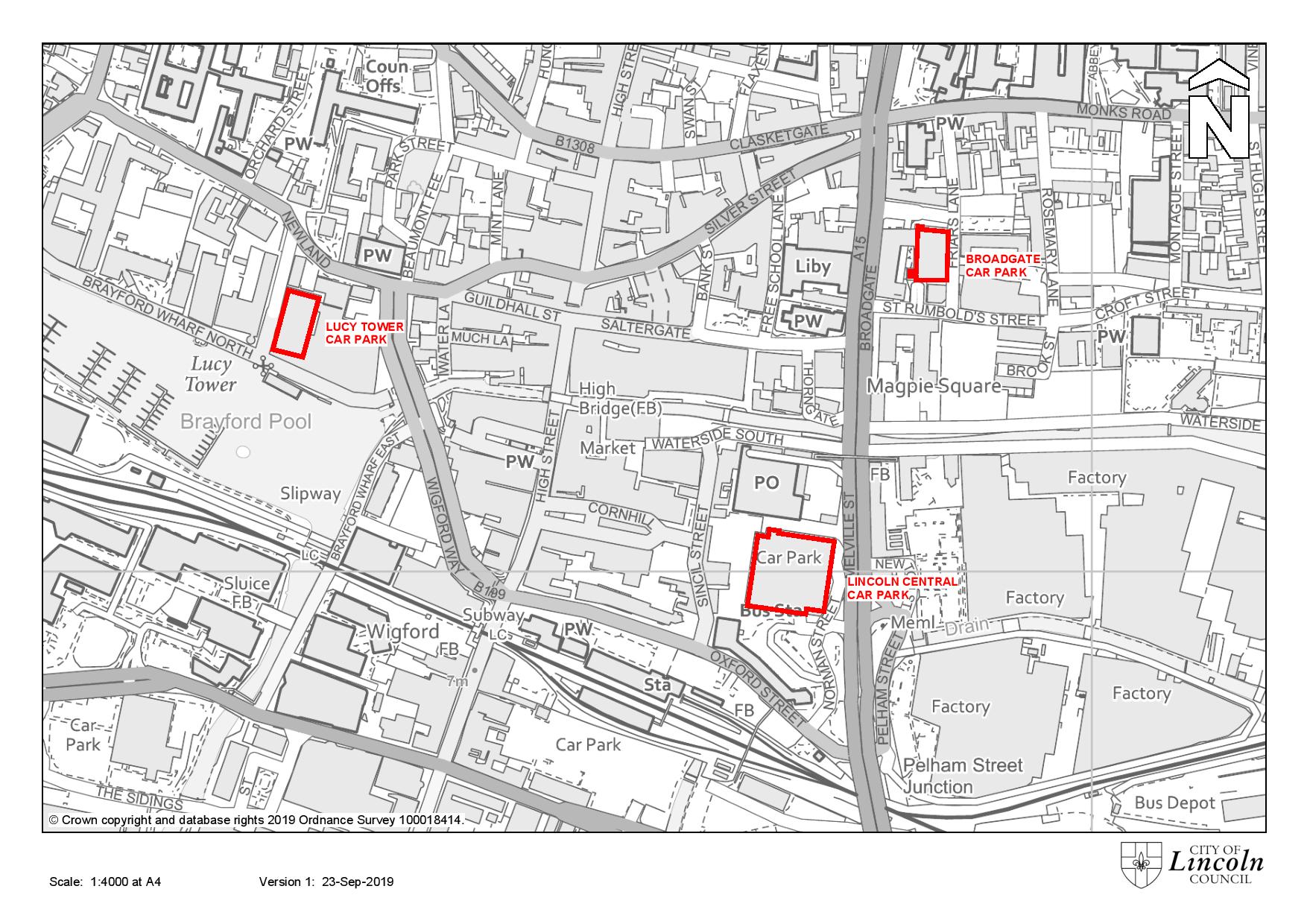