County Heritage Services review: What will be the fate of our county’s rich heritage? 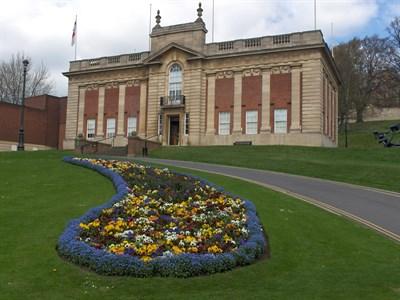 City of Lincoln Council has today highlighted its significant concern at Lincolnshire County Council’s Heritage Service review, and the impact it will have on the city’s Usher Art Gallery.

a. to change the use of the Usher Gallery from an art gallery to a small gallery space, Coroner’s Court and office space for a relocated registrar/celebratory service, and

b. to hand back to the city council almost 30,000 works of art and artefacts of significant historical value. This collection represents the rich heritage of the city and wider county.

Despite overwhelming public opposition to the proposals, which saw 75 per cent of respondents to its consultation being against the proposal, the county council has agreed to progress with the changes and seek their senior member sign-off in early September 2019.

In response to the county council’s consultation on its plans earlier this year, the city council responded with a letter against the proposal for significant changes at the Usher Gallery and requested the county council explore alternative opportunities to retain the building as an art gallery operated directly by them or in conjunction with another organisation.

The county council has now stated that If the city council does not agree to its proposals, they intend to hand the Usher Gallery back to the city council - despite being only a few years into a fifty year lease.

If the art and historical artefacts are returned to the city council we would have no option but to place the majority of it, if not all, into specialist storage or place on loan outside of Lincolnshire. Our rich heritage will be lost to the county. The city council’s letter to the county council’s scrutiny committee asked them to have a further meeting to consider the impact of this. They refused to consider it.

This decision has been greeted with significant concern and disappointment by the city council.

"What we are witnessing is a betrayal of our county’s rich heritage.

"The county council has been the custodians of the collection since 1974 and now they are looking to just walk away.

"I am shocked by their decision to progress with their plans despite significant opposition and the known impact it will have on public access to Lincolnshire’s historical artefacts.

"We have urged them to retain the building for the purpose it was originally designed. It is clear that public opinion supports this approach and it is imperative the county council reconsiders its decision.

"Heritage services have sat with the county council for more than forty five years; they are experts in the field and have been entrusted with looking after the city’s rich historical artefacts. It is very clear where the responsibility for these artefacts lies.

“We are very concerned that the county council no longer appears to take its role as custodian of these important works of art seriously.

"If their choice is to reduce the heritage services offer, they must find a way to do this that doesn’t impact on the preservation of our city’s significant and rich heritage."

The Usher Art Gallery building is Grade 2* listed, a rating achieved due it being one of only a small number of purpose built galleries remaining in the country.