See our dedicated page for the 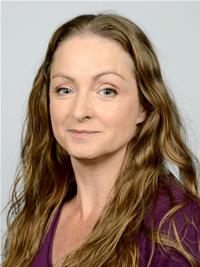 Councillor Jackie Kirk has, today, taken the title of the Right Worshipful the Mayor of Lincoln and has become the 814th First Citizen of the City of Lincoln.

The city council’s Annual General Meeting (AGM) took place at The Chapter House, Lincoln Cathedral today, a year later than planned, due to the coronavirus pandemic. The outgoing Mayor, Councillor Sue Burke is the first Mayor of Lincoln to serve for a term of more than one year, since Charles Thomas Parker was Mayor of Lincoln from 1915-1919, during the First World War.

Councillor Sue Burke, said: “It has been such a great honour to serve as Mayor of the City of Lincoln, and to be part of history as the first Mayor, since WWI, to be in the role for more than one year, despite the sadness of a crisis having to make it happen.”

“Some of my favourite memories as my time as Mayor of Lincoln have been visiting the schools as part of the Mayor’s 813th birthday, where I answered curious questions about the historic tricorn hat of the Mayor of Lincoln, and seeing some of the festive celebrations in care homes before the pandemic put a stop to all visits.”

“Being Mayor of Lincoln also gave me the unique opportunity to shine a spotlight on my chosen charity LEAP to both highlight their wonderful work and support their fundraising activities that help them continue their vital mission of providing housing and support services to vulnerable people at risk.”

New Mayor, Councillor Jackie Kirk, who has served as the Deputy Mayor for two years, said: “I’m both honoured and excited to represent the city of Lincoln and its heritage as part of this ‘once in a lifetime’ opportunity.

“After such an uncertain year, due to the pandemic, one of my biggest aims during my time as Mayor is to work with mental health charities and raise awareness for the support on offer and create opportunities to help those in need to gain access to care.”

If you would like to request the Mayor and Civic Party to attend an event, please visit: www.lincoln.gov.uk/online/book-civic-party