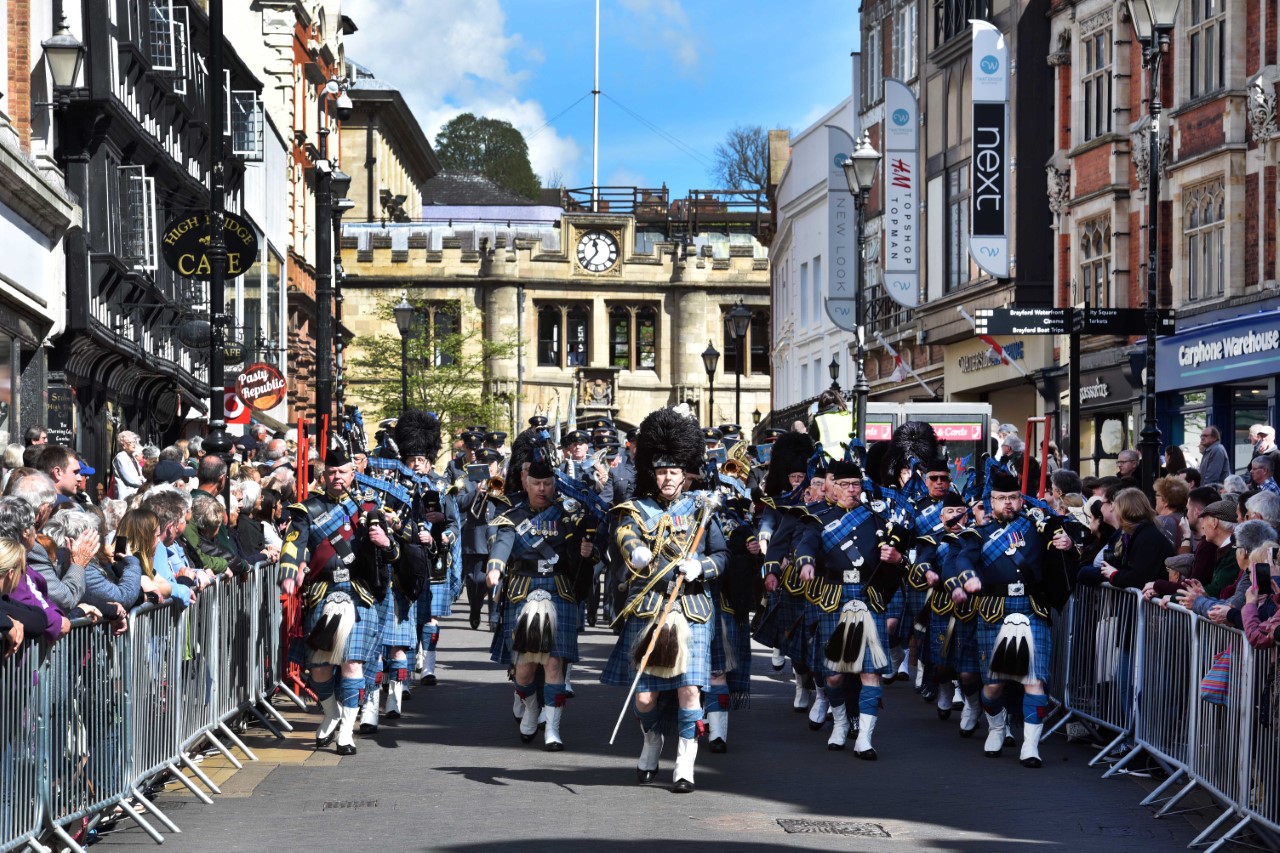 Around 100 personnel from two RAF bases will march through Lincoln later this month for the Freedom of the City Parade.

RAF Scampton and RAF Waddington will exercise their Freedom of the City Parade on 22 April from 11.30am for the first time since 2019.

As part of the event, the march will celebrate Lincoln’s strong ties with the RAF, with a special flypast also scheduled to take place.

From 11.30am, the bases will march from St Martin’s Square, down Lincoln High Street to the High Street War Memorial, where they will be greeted by the Town Crier, who will cry a dedicated commemoration cry to both RAF stations.

RAF Scampton was granted freedom of the city in 1993, while RAF Waddington has held the honour since 1959.

Visitors are encouraged come and celebrate alongside the personnel.