Please see our dedicated page for the latest information 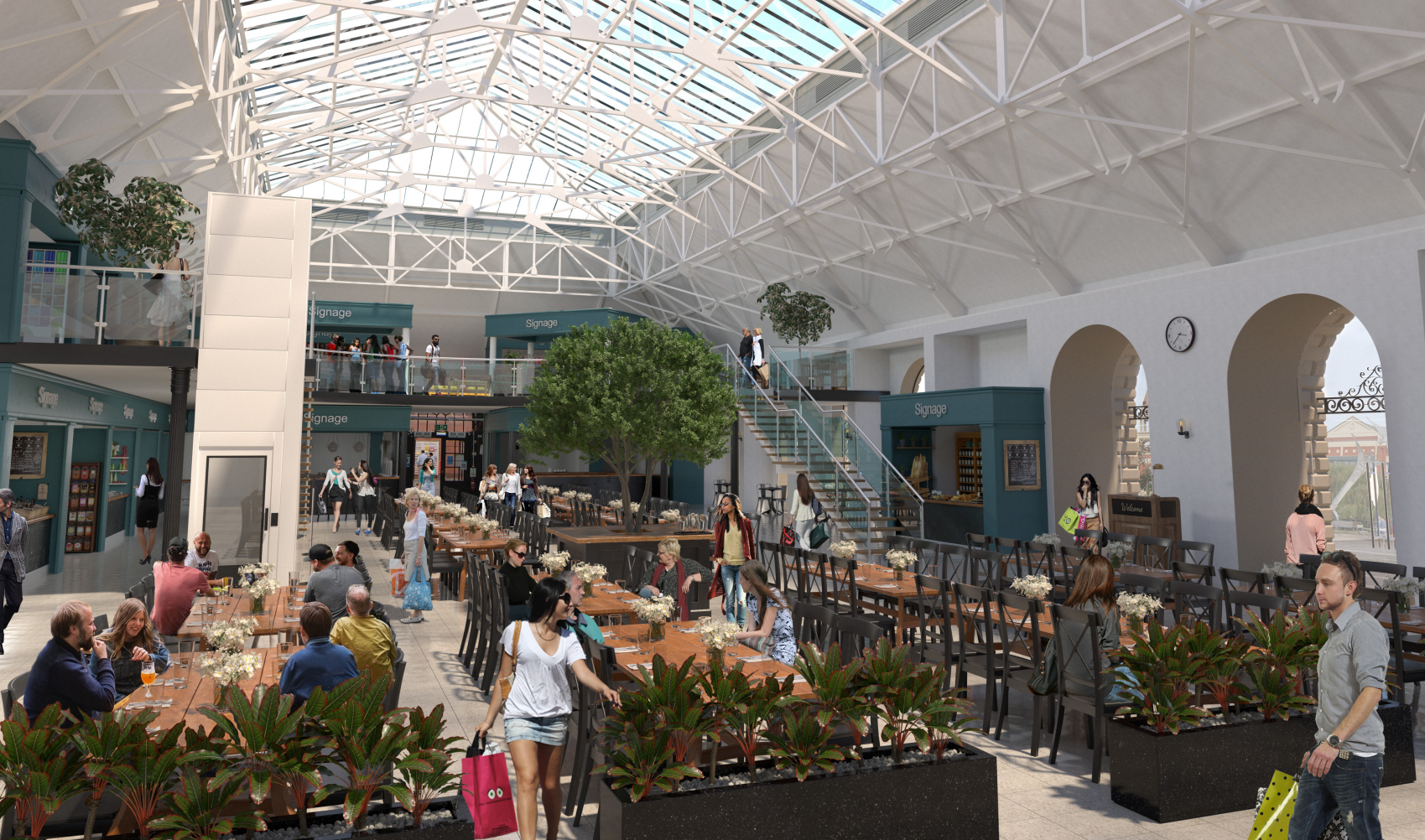 Initial works began in April to the grade II listed Central Market following investment from Historic England through the High Street Heritage Action Zone (HSHAZ) scheme, which has enabled a programme of historic building restorations designed to revitalise the area and uncover the city’s rich history.

Some £5.9 million investment has also been earmarked for the project thanks to a successful bid for funding through the Be Lincoln Town Deal, which has seen £19 million awarded to the city by government to drive economic regeneration and deliver long-term economic and productivity growth.

The market was first built in 1937 to the design of architect Robert Atkinson and incorporates the relocated façade of the original 1737 butter market which was located at St Peters at Arches in Lincoln.

The proposed scheme is for the major regeneration of the Central Market building, which will include:

It is also proposed to repave and enhance external areas in City Square and Sincil Street to encourage the evening economy, with space for outdoor dining by the waterway and events.

The vision is to stem the decline in footfall, occupancy and turnover by reinventing the market to create a hybrid offer which combines local produce, food and non-food retailing, with expanded food and beverage and communal dining.

The addition of the mezzanine level will allow for additional seating and flexible uses. The creation of the standalone restaurant unit within the new two storey extension, will create a further ‘destination’ dining space as well as supporting the evening economy.

Cllr Neil Murray, Portfolio Holder for Inclusive Economic Growth at City of Lincoln Council said: “The vision for Central Market for some time has been to design a building of destination, an attractive and modern retailing and leisure space, offering a mix of stalls and delivering a place where people want to visit and dwell rather than simply pass by en-route to the High Street or the Transport links in the city.

“Thanks to funding from government’s Towns Fund and High Street Heritage Action Zone (HSHAZ), we now have the opportunity for major investment into the market to create a sustainable future for this important historical asset, which will in turn support the diversification and recovery of the High Street.”

David Walsh, Principal Advisor at Historic England added: “The start of the refurbishment of Central Market is a major milestone in heritage led regeneration in the Cornhill Quarter and Lincoln city centre.

“The works will allow this wonderful building to have a new lease of life, support local businesses and provide a destination for visitors.

“I am delighted to see the Lincoln High Street Heritage Action Zone now having a real effect on the ground, in this and other projects, and helping Lincoln move forward after a difficult few years.”

Minister for Levelling Up Neil O’Brien said: “I am thrilled to learn that the £5.9 million refurbishment of Lincoln Central Market has started and that residents will soon be able to feel and experience the benefits of Towns Fund investment. The improvements to this historic market will increase visitor footfall, support local businesses and restore pride for the people of Lincoln.

“The project is a key plank of the ambitious proposals set out in Lincoln’s £19 million Town Deal. We are levelling up communities like Lincoln up and down the country and delivering on our mission to spread prosperity to every part of the country, as set out in The Levelling Up and Regeneration Bill earlier this month.”

Liam Scully, Chair of the Be Lincoln Town Deal Board added: “By restoring and repurposing the market building, this will create a modern and diversified market offer, combining retail, food, leisure and technology.

“In doing so, the Be Lincoln Town Deal Board are proud to support the creation of this anchor destination with the Cornhill Quarter, which is emerging as a prime leisure and retail area in the city.”

The designs for the market building have been carefully developed in conjunction with advice from Banks Long & Co commercial and letting agents, Lincolnshire County Highways, the LA Planning Conservation Officer, Historic England as well as feedback received from local businesses, traders and the residents of Lincoln following a public survey in February 2021.

The works being carried out by local based construction company Lindum are expected to be complete by the end of 2023.

If you'd like to visit the traders whose stalls were in Central Market previously, their current locations can be found here.